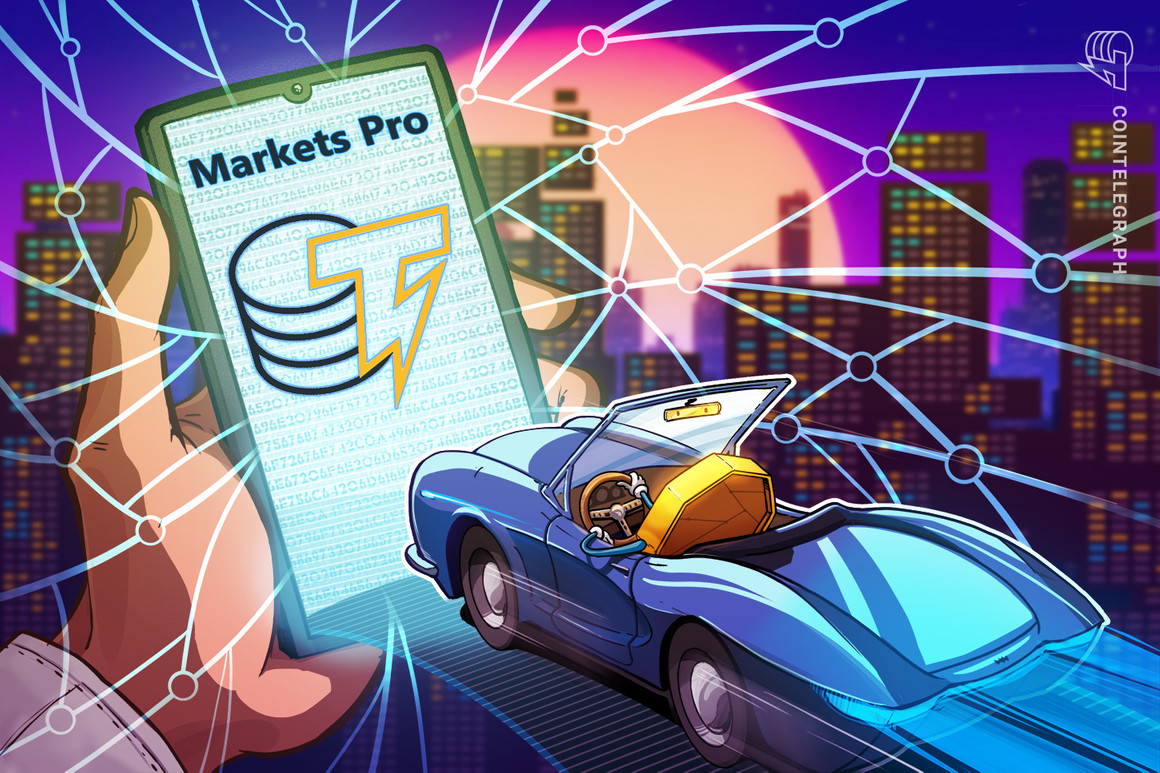 In the month since Cointelegraph Markets Pro launched, bringing professional crypto market intelligence to every investor, the platform has helped hundreds of early subscribers to better understand the opportunities and threats inherent in the world of crypto investing and trading.

In this brief round-up we wanted to draw attention to some of highlights since the platform went live, including a critical look at a variety of back-tested strategies that the Markets Pro team has been tracking.

Cointelegraph Markets Pro consists of two unique research features, in addition to a wide variety of market performance metrics and access to a vibrant community of crypto enthusiasts on Discord.

The VORTECS score is derived from an algorithm that examines multiple different variables (including sentiment, tweet volume, price volatility, and trading volume) and compares those to historically-similar marketscapes. The algorithm is capable of parsing through millions of historical data points each day, comparing what’s going on right now with prior conditions for the 140+ assets currentl tracked.

A high VORTECS score suggests that current market conditions — across all orof those variables — are similar to conditions in the past where the asset has seen appreciation over the next several days. And the higher the score, the more consistent the behavior of the asset’s price in the past.

History doesn’t repeat… but apparently it often rhymes. The VORTECS score was created to provide every crypto market participant with the kind of quantitative analysis that has previously only been available to major institutional investors.

NewsQuakes are alerts on events that have historically had a significant impact on an asset’s price over the following 24 hours. Our research has found that exchange listings, staking announcements, and partnership announcements have had the most consistently positive impact.

NewsQuakes are built on top of The TIE’s proprietary SigDev technology — the fastest and most comprehensive feed for tracking real-time market moving news in the cryptocurrency space. SigDev is used by major hedge funds, OTC desks, market makers, and other institutional market participants to gain an edge. NewsQuakes are delivered both in-browser and via Discord alerts direct to mobile devices.

In addition to institutions, news outlets like Cointelegraph (and our largest media competitor) use The TIE’s SigDev platform to identify critical breaking news stories from primary sources.

Among the most notable NewsQuakes are new exchange listings. For example, the average Coinbase listing in 2020 (from the time it is announced to the day the asset is available for trading) generated a 50.4% return.

Some notable NewsQuakes over the past month include this alert on Ocean Protocol after the announcement that it would be listed on Kraken. The first red circle illustrates when the alert was sent to community members in the private Markets Pro Discord channel

Another example of the NewsQuake system delivering news at a critical time can be seen in this chart, showing the rapid escalation in the price of MATIC following the announcement of its integration with Binance staking.

Cointelegraph Markets Pro tracks the performance of 42 different trading strategies on an hourly basis, both cumulatively since the launch of the algorithm on January 5th, and for a rolling week.

Strategies are divided into two camps: time-based, and score-based.

In each case, Markets Pro tracks both the performance of the score vs. the U.S. dollar, as well as vs. holding Bitcoin, and vs. holding an evenly-weighted basket of the top 100 altcoins to ensure that testing accounts for wider market movements. A full testing methodology is available.

Time-based strategies involve tracking the performance of a crypto asset from the moment its VORTECS Score crosses a key threshold until a specific time period has elapsed. For example, Buy 80 / Hold 168 hours or Buy 90 / Hold 24 hours.

Of the 20 time-based strategies tracked by Markets Pro, all 20 have beaten simply holding Bitcoin and 19 have beaten both the altcoin basket and Bitcoin since January 5th.

The average return of all tested strategies was 510%.

Scored-based strategies involve tracking the performance of a crypto asset from the moment its VORTECS Score crosses a key threshold until it reaches another key threshold. For example, Buy 80 / Sell 75 or Buy 90 / Sell 65.

Of the 22 score-based strategies tracked by Markets Pro, 21 have beaten simply holding Bitcoin and 15 have beaten both the altcoin basket and Bitcoin since January 5th.

The least successful has been the Buy 85 / Sell 75 strategy, which returned 13.6% — and was the only strategy that failed to beat Bitcoin’s return over this period.

The average return of all tested strategies was 368.3%.

Cointelegraph Markets Pro is available exclusively to subscribers on a monthly basis at $99 per month, or annually with two free months included. It carries a 14-day money back policy to ensure that it fits the crypto trading and investing research needs of subscribers, and members can cancel anytime.

Cointelegraph is a publisher of financial information, not an investment adviser. We do not provide personalized or individualized investment advice. Cryptocurrencies are volatile investments and carry significant risk including the risk of permanent and total loss. Past performance is not indicative of future results. Figures and charts are correct at the time of writing. Consult your financial advisor before making financial decisions. Full terms and conditions.