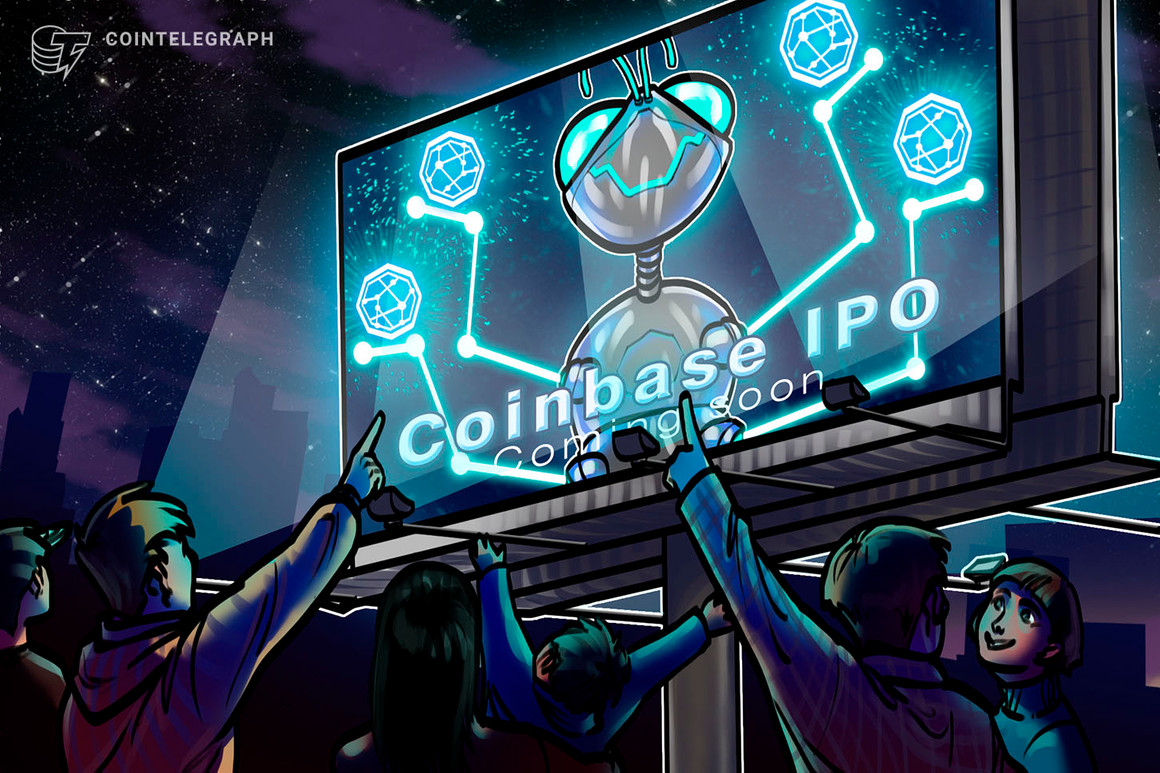 Coinbase, the top cryptocurrency exchange in the United States will soon be a publicly listed company once its COIN stock launches on the Nasdaq stock exchange on April 14.

Generally, the sentiment around the listing has been overwhelmingly positive from both the crypto and traditional financial markets. With the date fast approaching, analysts have been issuing a variety of perspectives related to how the listing could impact Bitcoin and altcoin prices.

Instead, the exchange is directly listing on the Nasdaq, bypassing the need to work with investment banks which are often costly for businesses.

Despite the lack of involvement of investment banks in the process of listing Coinbase, there is significant hype around COIN.

“You gotta buy Coinbase when that deal comes, even though it’s a $100 bilion deal, this has become common knowledge that there are many companies that are going to switch. MicroStrategy has always been the leader, so others would want to follow.”

“You got to buy $COIN when that deal comes,” says @JimCramer. “This is a $2T market maybe going to $3T.”#btc #bitcoin pic.twitter.com/ItLMx1tbIl

There are several reasons why investors in the traditional financial market are optimistic on COIN.

Most notably, the two main factors are: getting exposure to the crypto market without owning cryptocurrencies and the lucrative business model of Coinbase.

According to Ben Lilly, the co-founder of Jarvis Labs:

“Coinbase is the watershed moment in terms of legitimizing some valuations you see in crypto, particularly around DEXs who have a tiny fraction of the amount of employees and opex that a Coinbase or ICE has. Crypto is an asset with incredible volume and diversity, which is poised to grow even more. Coinbase showcases how profitable exposure to this market can be. Also, I expect a wave of MA and VC activity on the heels of this as private investors will be asking their fund managers for exposure to this space.”

John Street Capital, a venture capital and financial researcher, noted that Coinbase is massively profitable with an annual revenue of $1.8 billion.

Atop the compelling financial report and revenue, the user base of Coinbase is much larger than Cash App and Venmo.

In fact, Coinbase has the biggest user base out of all financial institutions in the U.S. with the exception of JPMorgan. The researcher wrote:

Although some traders believe crypto could reach a top after the Coinbase listing, the market sentiment building up toward the listing is highly positive.

When asked about the significance of the Coinbase listing, Ben Lilly said:

You always need that bridge. How legacy markets value a company that operates in crypto is that bridge. Now legacy investors can walk across the bridge and realize it’s an untapped ocean of investable assets. They might not invest right away, but their framework for how to value something gets easier.”

Mike McGlone, a senior commodity strategist at Bloomberg Intelligence, also said the Coinbase “IPO” could boost Bitcoin to $70,000. He said:

“Coinbase IPO May Boost #Bitcoin to $70,000, Like #Tesla to $60,000 – The lowest 30-day volatility since October indicates Bitcoin is ripe to exit its cage and bull-market continuation is favored for the next $10,000 move. Similar to Tesla’s equity-wealth allocation to Bitcoin..”

How did Galaxy Digital perform when it listed in Canada’s stock exchange?

Another crypto firm that went public in the past year is billionaire investor Mike Novogratz’s Galaxy Digital.

Since Galaxy Digital listed in Canada’s stock exchange, its stock rose by more than 20-fold

Although the business model and the market capitalization of the two companies at launch are massively different, this shows that there i interest in publicly-listed crypto-focused companies at launch, which would likely reflect on COIN’s value.