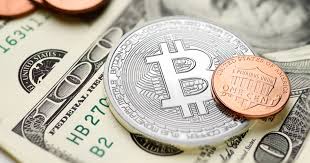 Investment firm ARK Invest has revealed its bullish outlook for bitcoin. It is not the first time that the company would be taking such a bullish stand on the digital asset. But it is the first time that it is putting the price of the cryptocurrency at such a high price point. This comes following the recent market crash that saw bitcoin lose about 50% of its all-time high value but this has done nothing to deter the firm from seeing a largely successful future for the digital asset.

The latest prediction from the investment firm came in a recently published report that held a particularly promising outlook for the blockchain and the technologies that surround it. This included the application of public blockchains, of which the report put forward that bitcoin was the “most profound application” of this.

For the value of bitcoin itself, the points expressed in the report held closely to that of its leading figure, Cathie Wood. Wood had earlier said that she believed that the price of bitcoin would hit the $500,000 mark in the next five years, propelled forward by institutional investors moving just 5% of their portfolios into the digital asset. The report suggested that they believed this number would double in the following half a decade, putting its price at $1 million by 2030.

Citing market research carried out by the firm, it put the growth rate of bitcoin in the next decade at 25-fold, saying that the digital asset possessed significant appreciation potential over this time period.

“According to our research, Bitcoin’s market capitalization could scale more than 25-fold in the next decade, with each exceeding $1 million in value,” the report read.

Where Does Ethereum End Up?

Bitcoin was not the only digital asset that received much praise and positive outlook in this report. As stated above, the report’s stance on the market, in general, was gleaming and Ethereal was no different in this regard.

Ethereum which has been one of the fastest-growing crypto projects has been put forward as being a valuable investment option going forward and ARK Invest does not disagree. It put the second-largest cryptocurrency by market cap at a whopping $20 trillion market cap by 2030.

Given that this time frame is less than a decade away, it means that the digital asset would have to grow at least 7,000 times from the current market value to hit this valuation. However, ARK Invest remains confident in the digital asset’s ability to appreciate due to its dominance on financial services existing on the blockchain.

If ethereum does reach the $20 trillion market cap, then the asset’s value would rise to around $170,000-$180,000 apiece. Still less than half of bitcoin’s expected valuation by the firm, but a growth rate that would rival even the best of the best in any financial market.