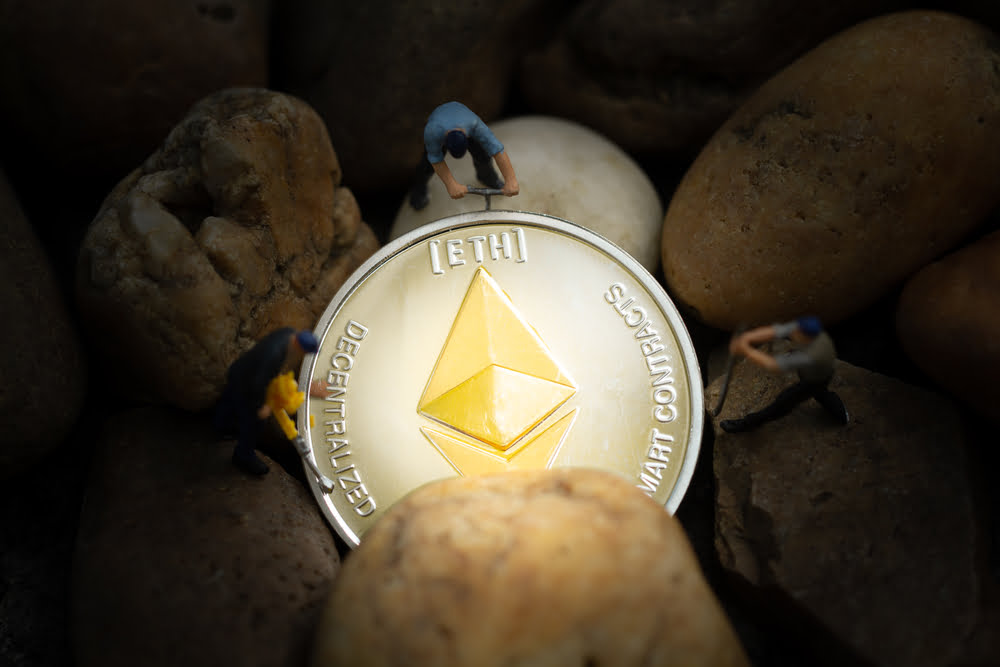 In a show of force against the implementation of Ethereum Improvement Proposal (EIP) 1559, on April 1, Ethereum miners plan to direct their hashing power to the Ethermine mining pool, which opposes the proposal.

The coordinated action will last 51 hours, signifying their intent to harness more than 51% of the network’s hash rate. During this time, the activists plan to analyze what will happen to the Ethereum network under the guise of “educational purposes.”

EIP 1559 refers to a fee market reform proposal to bring wholesale changes to miners fees, wallet UX, plus the addition of a deflationary burn mechanism. Its purpose is to address high gas fees, but crucially, its implementation won’t necessarily mean lower gas prices for users.

Ethereum miners generally oppose this because it will swap the current bid-based system for a set fee, BASEFEE, model, plus a small tip for miner compensation. The result is likely a cut in revenue for miners.

The last core devs meeting revealed that EIP 1559 would be packaged with the London hard fork this July. Making a showdown between miners and devs inevitable at this point.

Michael D. Carter, the host of the Bits Be Trippin YouTube channel, explained the movement’s motives by saying they want to demonstrate that miners can coordinate their actions.

“a show of force like that is not attacking the network. What it is showing though, is that miners can coordinate, and any tick up for Ethermine, which right now has less than 40% of the Ethereum network, any tick up towards 51% shows that a focussing of hash power can occur.”

Carter points out that the purpose of this is to run an experiment on the Ethereun network, showing what could happen if miners concentrated their hashing power.

“So the moment that that activates you have a potential for a large drop in total yield, that coupled with a low price, if that was to occur, creates a shelf essentially that hash power will fall off from.”

Under this scenario, Carter says an incentive structure is now in place for a would-be attacker to exploit the reduced hash power.

Show of Force Will Backfire

Reddit user DCinvestor slammed the actions of Ethereum miners planning to participate in the April 1 action. He accused them of having “an extractive mindset” that cares for nothing but getting paid. Adding, their actions will hurt all stakeholders in the near and long term.

“Ethereum is just a network that pays them. they “love it” because it’s paid them a lot, but they have zero attachment to its community, users, or apps (b/c according to the f2pool lead, many miners don’t even use the network).”

DCinvestor makes the point that miners’ willingness to let a network attack happen already isolates them from those previously sympathetic to their cause.

Ethereum investors have a bumpy road ahead.