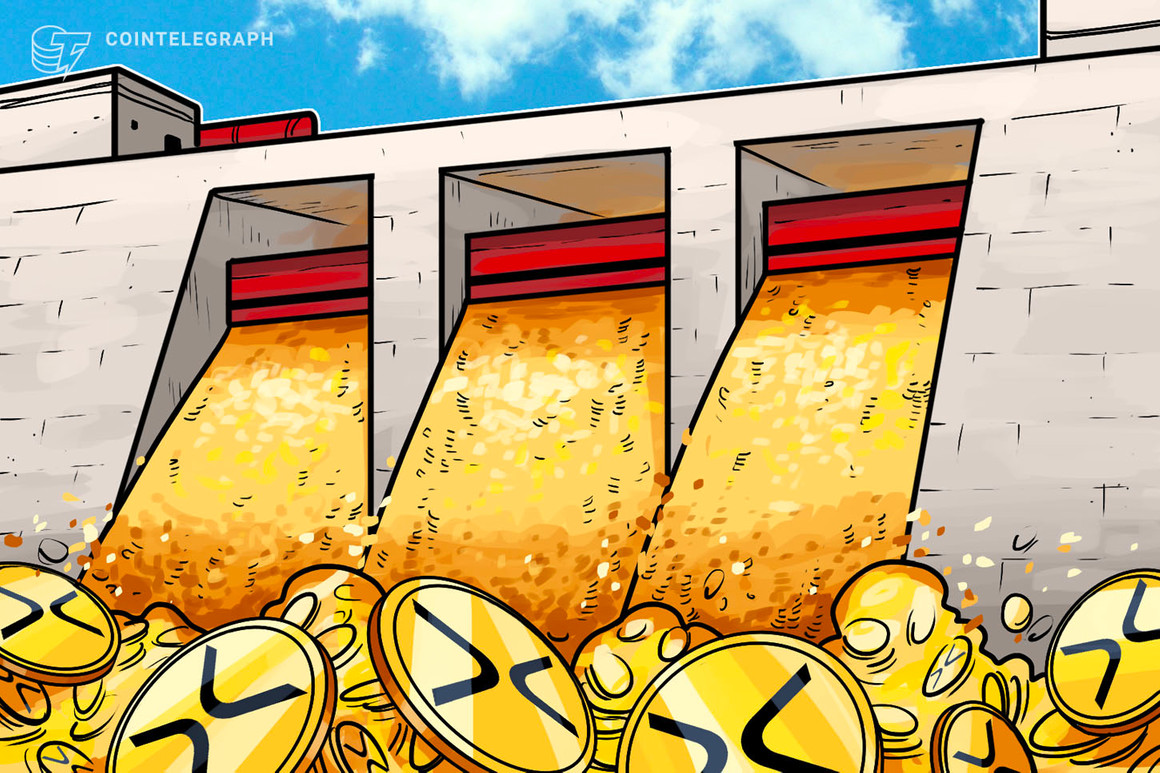 After the United States Securities and Exchange Commission initiated a lawsuit against Ripple alleging that the firm had been indulging in the sale of securities worth $1.3 billion, a number of prominent exchanges across the globe (including Coinbase, Kraken, OKCoin) proceeded to delist Ripple’s native cryptocurrency, XRP, from their platforms.

As a result, many across the globe thought it was just a matter of time before the once-promising project died a slow-but-sure death; however, it seems that XRP has been on a tear ever since the bad news dropped, with the cryptocurrency’s value having risen by over 100% since the start of April — currently trading at around $1.03.

Back in December 2020, the SEC filed a lawsuit against Ripple Labs, its CEO, Brad Garlinghouse, and chairman, Christian Larsen, alleging that they had participated in an “unlicensed security offering” back in August 2013. Not only that, the government body further accused Garlinghouse and Larsen of failing to register their personal XRP sales — estimated to be worth $600 million — with the regulatory body.

In turn, Ripple’s defense counsel has challenged the SEC’s suit, stating that the XRP token is similar to other prominent cryptocurrencies, such as Bitcoin (BTC) or Ether (ETH), both of which have been classified as commodities by the SEC. Furthermore, Ripple’s legal team has also highlighted the fact that it took the commission more than eight years to file its complaint.

So, what has actually caused XRP’s price to surge? José Maria Macedo, a partner at cryptocurrency analysis firm Delphi Digital, told Cointelegraph that in his view, this latest monetary upswing comes alongside a broader rise in other old-timer altcoins such as EOS and Stellar (XLM) and a reduction in BTC’s overall market dominance.

He added that XRP’s performance can, most likely, be attributed to positive news surrounding Ripple’s SEC case, particularly as it relates to its win in a recent discovery hearing, which will force the SEC to hand over its internal documents on Bitcoin and Ether. Macedo opined: “This is a victory for Ripple and for the crypto space as a whole, as these documents will hopefully help shed light on the SEC’s rationale regarding tokens as a whole.”

XRP: You either love it or hate it

XRP has been one of the most divisive cryptos in the cryptocurrency community for years, and its recent track record was beginning to prove its detractors right. However, the currency’s recent ascent has been nothing short of meteoric. Providing his take on the subject, Sheraz Ahmed, host of the Crypto Valley Association podcast and managing partner at Storm Partners, a crypto and blockchain solutions provider, told Cointelegraph:

“XRP’s upward momentum is fueled by Ripple’s newly announced 40% stake in Asia’s leading cross-border payment processor, Tranglo. The partnership will undoubtedly increase Ripple’s exposure to the Asian market. Its price rally can also be attributed to a potentially looming ease in regulations should Ripple reach a consensus with the incoming Gary Gensler-led SEC administration.”

He pointed out that Ripple co-founder Brad Garlinghouse had earlier expressed optimism in the new cabinet, stating that his team plans to hold progressive discussions with the new SEC executive brass. According to him, Ripple has continued to prove that its potential is limitless, especially when operating within a crypto-friendly setting.

Lastly, Garlinghouse has previously lambasted U.S. regulators for lacking clarity after drawing comparisons with other advanced countries where Ripple has thrived in the past. “His assertions seem to hold water considering that the regulatory framework in many parts of Asia and the Middle East has spurred Ripple’s growth. Exchanges may reconsider their decision to delist the coin in the coming weeks,” Ahmed concluded.

Justin Barlow, a research analyst at The TIE — a provider of alternative data for digital assets — told Cointelegraph that following Ripple’s acquisition of a 40% stake in Tranglo, the company saw an immediate spike in its price and tweet volume.

As can be seen from the chart above, digital mentions in relation to XRP have been picking up alongside the currency’s price over the last week, with tweet volumes hitting a new monthly high as well. Barlow added:

“Ripple is likely seeing interest overseas as it remains listed on international exchanges and has not (yet) been subject to the same regulatory scrutiny overseas that it has in the U.S. I am not an attorney, but I don’t think a U.S. exchange will relist XRP if the SEC asserts it is a security due to the potential regulatory implications.”

One thing to note is that the Asian and Middle Eastern crypto markets don’t yet have a huge regulatory setup that establishes the rules of the game like the SEC. On the one hand, this sort of framework allows new promising projects to feel comfortable and develop faster. But, on the other hand, it also sometimes results in the springing up of many scams.

Thus, it stands to reason that while trading platforms that are directly affiliated with the SEC may not get involved with XRP by actively opposing and contradicting the commission’s wishes, non-affiliated platforms may once again begin to list Ripple, especially if it continues to showcase such a high level of monetary traction in the near future.

What lies ahead for XRP and crypto?

Slowly but surely, it appears as though cryptocurrencies are proving to be more resilient when it comes to any form of governmental pressure that may be placed on them, as is best highlighted by XRP’s most recent rebound. On the subject, Cage Chen, chief technical officer of decentralized cross-chain asset management platform Cook Finance, told Cointelegraph:

“Some countries face massive currency-crushing inflation; some countries have incredibly low annualized average incomes; and some countries are dominated by government intervention and observation. If a cryptocurrency is readily available, financially sound and shows optimistic future projections, people will turn to it as a replacement financial instrument to fiat currencies.”

In regard to where XRP might be heading in the near term price-wise, Thomas Ménard, development director at Diabolo.io — a social crypto trading platform — believes that if the digital asset market at large is able to keep up its performance, the industry might be in for big things, adding: “If altcoins continue in their momentum, XRP’s upward movement could take it to several dollars per unit and thus catch up with the market.”

However, with regulators all over the world taking stronger stances against various digital assets, it stands to reason that an onslaught of bad news in relation to some currencies for an extended period of time could potentially have an adverse impact on their image and ability to operate — to the point where even their diehard army of supporters may not be enough to save the day.