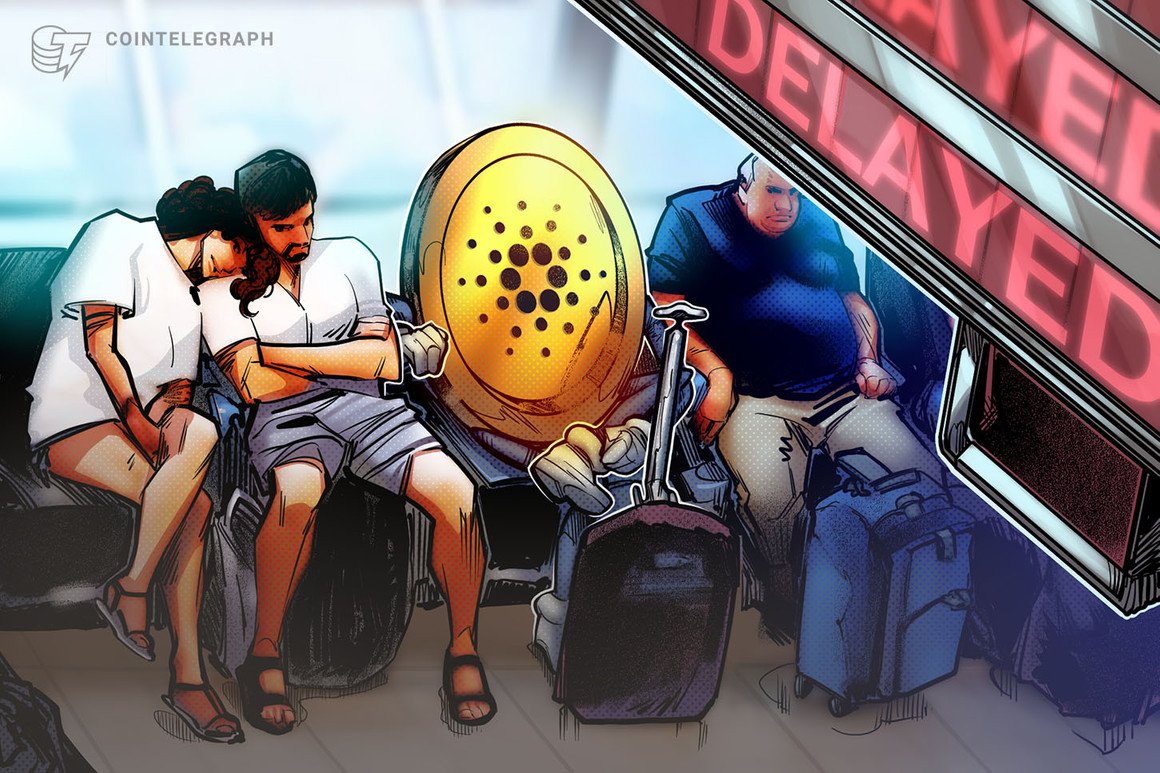 Cardano (ADA) has become one of the most prominent upcoming blockchain networks. Its native token, ADA, has risen to become one of the top 10 cryptocurrencies in the world by market capitalization in a short time span. It currently ranks seventh, with a market capitalization of over $41 billion. It accounts for nearly 2% of the entire cryptocurrency market. According to data from CoinGecko, Cardano hit an all-time high of $1.55 on April 14.

The Cardano Foundation is led by one of the most eminent figures in the cryptocurrency community, Charles Hoskinson. He is the founder of Cardano and also the co-founder of the Ethereum blockchain. On April 6, through his YouTube channel, he discussed Cardano’s roadmap covering the next four years in a video titled “Some Musings about the Roadmap.”

In these musings, he mentioned that although the Cardano developers are working on solving the scalability issue and Cardano’s approach to it, he will only turn his attention toward this issue once the Alonzo update has been completed. The scalability phase of the Cardano roadmap is coming up next, following the completion of the Goguen update. This phase is named Basho, after the 17th-century Japanese haiku master.

The Deadalus and Alonzo upgrade

On April 1, the foundation released the Deadalus update, which ushered in support for native tokens on the Cardano blockchain, along with the Project Catalyst Fund3 voting registration, effectively beginning the countdown to Cardano becoming an entirely decentralized blockchain.

This countdown has since reached its fruition. Cointelegraph discussed more on the Deadalus update with a representative of the Cardano Foundation. They stated: “Daedalus users can now use their wallet as a single unified interface to receive both ADA, as well as a host of other native tokens deployed on the Cardano blockchain.” They further spoke on Cardano becoming a completely decentralized network, elaborating:

“We are delighted to report that the D=0 countdown, which signaled the full decentralization of the Cardano blockchain, has also been included in the latest implementation of Daedalus. This marks a momentous milestone where all of Cardano’s stake pools are operated by community-led stake pool operators.”

On its official website, Cardano claims that this decentralization event makes it one of the most decentralized blockchains in the world. The next and final phase of Goguen in Cardano’s roadmap is the previously delayed Alonzo update. The upgrade will bring smart contract functionality to the blockchain. The development of this upgrade is enabled by the Plutus platform, which brings a native smart contract language to users of the Cardano blockchain as mentioned in an IOHK blog about Plutus.

Before the Deadalus update, Cardano went through its Mary hard fork, which introduced tokens to the Cardano unspent transaction output set that allows custom tokens and nonfungible tokens to be processed by miners with the same cost efficiency as the native coin of the blockchain network, ADA.

Furthermore, Cardano developers have even found a way to mint and sell NFT collectibles without smart contract functionality. Cointelegraph discussed with Johannes Jensen, product and project manager of eToroX — a digital asset platform. He said:

“The Alonzo hard fork introduces a more complex coordination problem, as the surrounding ecosystem of service providers will need to prepare for the hard fork and the subsequent Cardano-based tokens and smart contracts altogether.”

ADA could reach $2 soon due to DeFi growth

Cardano’s ADA has seen nearly 10% gains in the last 14 days. Considering that the significant $2 mark is $0.6 away from the current trading price, at the current rate of growth, it is highly unlikely that ADA will surpass the $2 mark in the near future.

However, another possible “DeFi summer” is one of the main reasons that could drive the growth. If we use the DeFi summer of 2020 as a gauge for this year, the DeFi markets will probably grow to new highs in 2021. In fact, the one-year gains for ADA currently stand at 3,490.8%.

According to data from DappRadar, the total value locked in decentralized finance protocols reached its all-time high of $70.43 billion on April 16. Since the beginning of this year, the TVL has grown nearly four times, at the time of writing. The TVL went from $30.74 billion on Jan. 20 to currently standing at $64.47 billion as of April 19.

This period has marked immense growth for this sub-sector of the cryptocurrency market. On this, Jensen further opined: “There is little doubt that the final stages of the Goguen phase on Cardano will introduce a host of existing trends in DeFi onto the network, such as automated market makers and lending market.”

However, most DeFi protocols currently in existence are built on the Ethereum blockchain. Ethereum has also onboarded the development teams of top DeFi protocols such as Uniswap, Yearn.finance and others. Although even Cardano remains to be positive about their scope in the DeFi markets, the representative from the foundation said: “We are sure that as more of our components become available, we will see a multitude of DeFi solutions and indeed all manner of DApps built and migrated to the Cardano blockchain.”

Related: Life beyond Ethereum: What layer-one blockchains are bringing to DeFi

With its use cases and the incoming Alonzo update bringing smart contract functionality, Cardano is well-positioned to become a DeFi alternative platform to Ethereum. Adoption among decentralized applications and DeFi protocols will also impact the price of ADA.

In addition to expanding its footprint in the DeFi markets, Cardano is making efforts to improve blockchain adoption in markets such as South America, Africa and Southeast Asia. The platform intends to offer the blockchain’s capability to various different use cases such as logistics, procurement agriculture and trade. Cardano is working with Emurgo, an emerging market consultancy, to achieve this goal. Here, Jensen said:

“If they are successful in convincing leaders in Africa, South America and Southeast Asia to use the Cardano blockchain, the yardstick will switch from the Ethereum-based DeFi applications for global commerce and trade processing applications.”

Cardano already has use cases in the supply chain domain. The Cardano-Scantrust solution lets businesses use various blockchain functions to aid multiple aspects of their business. Along with aiding business solutions, the Cardano blockchain is seeing adoption from new domains.

Recently, the first Cardano-based stablecoin was announced, AgeUSD, which is an algorithmic stablecoin protocol that was developed on the Ergo blockchain in collaboration with Emurgo and Input-Output Global. This stablecoin will be available on Cardano along with the Alonzo smart contract update.

With Ethereum’s rising gas fees, the “Ethereum killer” narrative has been in the cryptocurrency market almost since Ethereum gained the spotlight. There has been little development on this as Ethereum continues to be king of the DeFi ecosystem. However, Cardano takes a very positive approach to this entire narrative, with its representative stating:

“We are less interested in competing for market share and more interested in delivering best-in-class components for the decentralized future. […] We would rather focus on interoperability and cooperation with other blockchains, as we believe that decentralized technology is too important to fail. We work for the good of the entire blockchain industry and the adoption of blockchain technology as a whole.”